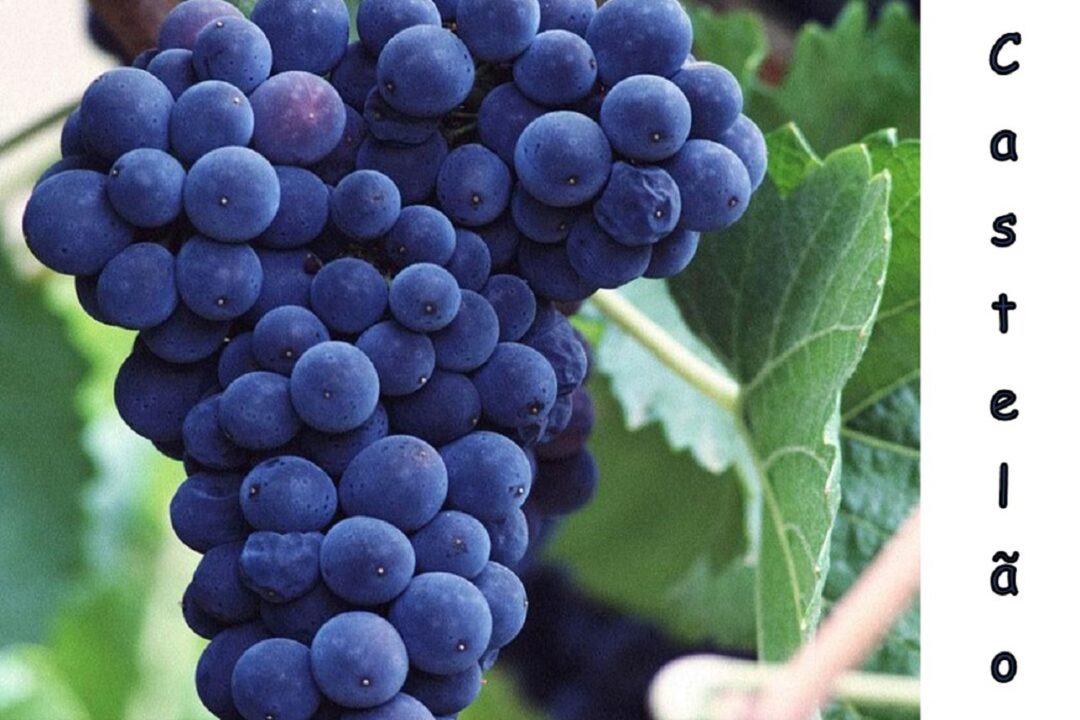 Castelão in Portugal is a red wine grape found primarily in the southern coastal regions but is grown all over Portugal and is sometimes used in Port wine production.

Castelão is the most widely-grown red grape variety in Portugal, it is mostly planted in the southern parts of the country, in the Setúbal region, in the Tejo, and in Alentejo. But can also be found in the center of the country and in small quantities along the banks of the Douro, where it is permitted in the Port Blend.

The finest Castelão wines come from the Setúbal Peninsula just south of Lisbon, where the terroir is conducive to the production of rich, concentrated wines. It is still often referred to in Portuguese as Periquita, although that name is legally owned by José Maria da Fonseca in the Setúbal Peninsula. The name is derived from the Portuguese term for a parakeet.

Prior to Jose Maria da Fonseca’s creation of the international renown wine, Periquita – made primarily with Castelão grapes – this varietal hung out with his poor brethren waiting to be discovered. But in 1870, when Jose Maria created Periquita as of the first wines sold ready bottled to avoid adulteration, its name spread like wildfire. And consequently, so did Periquita’s name in reference to the Castelão grape.

There is an undue amount of confusion about the relation between Castelão and Periquita: many sources think that Periquita is simply a synonym for Castelão, but that is quite wrong. “Periquita” is a “brand” name, owned by the Jose Maria da Fonseca winery. Periquita blends will always contain Castelão, but most also contain varying amounts of other wines as well. Only the Fonseca’s “Periquita Classico” is 100% Castelão.

The finest Castelão wine comes from the region of the Setúbal Peninsula. In this region, the terroir is extremely conducive to the production of rich concentrated wines.

Castelão was also once widely known as Castelão Frances, but when Portugal tightened up its wine laws, the official name became simply “Castelão”.

As is the case with many other widespread varieties, Castelão has a multitude of synonyms. In other parts of the country, it is known as Trincadeira or Bastardo Castico – although it bears no relation to Tinta Amarela. The variety Tinta Amarela is also called Trincadeira, but is not related to Castelão.

Castelão grape is extremely popular thanks to its hardiness. Though this grape prefers the warmer climes, it does produce a decent quality of the wine, even from grapes cultivated in cooler, more humid parts of the country. Physically, this little grape consists of small bunches of little dark-skinned berries, and also, it does resist most of the diseases. 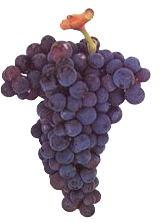 It is highly adaptable to different climatic conditions and its remarkable versatility enables winemakers to make a range of wines – from the easy-drinking reds and rosé wines to the powerful and intense reds.

In the Setúbal Peninsula, the Castelão gives meaty and intense wines with aromas of red berries and blue flowers, accompanied by oak flavors. It is in Palmela, in the warm sands of the old vineyards of the region, that the grape gives its best, developing best in hot climates and dry and sandy soils. In mature, low-productivity vineyards, properly controlled, Castelão gives rise to structured, fruity wines, with a particular focus on redcurrant, plum, and wild fruits. It provides wines with prominent tannins and intense acidity, revealing a rustic side that Castelão rarely succeeds in taking off. The best specimens promise excellent aging capacity. The finest examples of Castelão – the most famous of which is José Maria da Fonseca’s Periquita wine – are often aged in oak and can be cellared for many years.

On more calcareous soils in central Portugal, the variety produces lighter, more fruit-driven wines that are intended for early consumption.

The vine produces small clusters of tiny berries which means that there’s a fairly high skin to pulp ratio. This means that the wine produced from these grapes can be pretty tough and high in tannins, but softens as it ages, which is why many producers decide to use Castelão in so many blends. It gives very good color and structure while the other grapes in the blend soften its rougher edges and make it more approachable in its youth.

In the Algarve VR (appellation), it is often blended with Negra Mole to produce a wine with less aging potential but less harsh in its youth.

This grape, amongst the most planted ones and amongst the most popular ones, are used for the production of not only varietal wines, but also in case of blended ones, what Portugal is exclusively known for. Castelão is most often seen in bottles with some of Portugal’s most glamorous grape varieties like Touriga Nacional and Tinta Roriz. In these blends, Castelão lends its deep pigment and structure, while the other varieties help to soften its sharper edges.

On the southern coasts of Portugal, where the soils are sandy, the low yielding vines of Castelão produce wines that are not only tannic but also are full-bodied and extremely rustic having a tinge of fruity flavor which appears like the flavor of wild fruit. These wines are often aged in the oak for a period of five to ten years and once done; the wine produced is of extremely premium quality which gives out an aftertaste of smoke and wood.

In the case of the wines made from the grapes grown in the central part of Portugal, due to the calcareous nature of the soil, it produces lighter and fruitier wine which need not be aged due to the balanced taste and can be consumed early.

What sort of wine one gets from the Castelão grape seems to depend strongly on vineyard qualities, from vine age to soil and temperature. The chief variable seems to be the tannin content. (The tannin-rich wines typically age much better, while low-tannin wines are for early consumption).

Castelão grapes from carefully-managed, low-yielding old vines can be made into well-structured wines with plenty of tannin and acidity, and fruit reminiscent of redcurrants, preserved plums and berries, sometimes with a hint of well-hung game.

What seems to be the common characteristics are fairly high acids and a medium body, with distinct raspberry qualities overlain by general red-wine spiciness.

The wines produced from this grape are typically fruit-driven, hardy and robust red wine packed with raspberries and spices, and intended to be consumed in their youth.

This wine can ideally be paired with herbal scented recipes like the vegetable stew garnished with herbs or dishes with a lot of capsaicin (peppers).

The drink is best suited for Mexican cuisine, especially Enchiladas and goes well with vegetables and spices like tomatoes, onions and peppers.

This wine is a must-try with mushroom risotto, grilled chicken, Iberian chorizo, or black beans.

Castelão 2017 by Quinta do Malaca 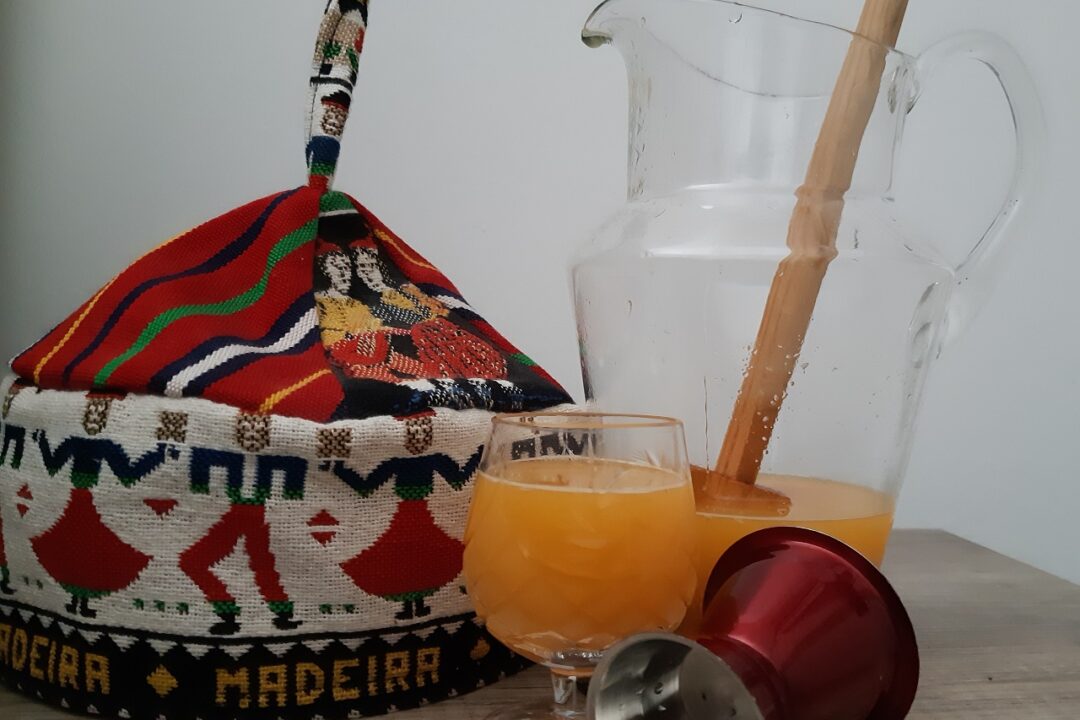 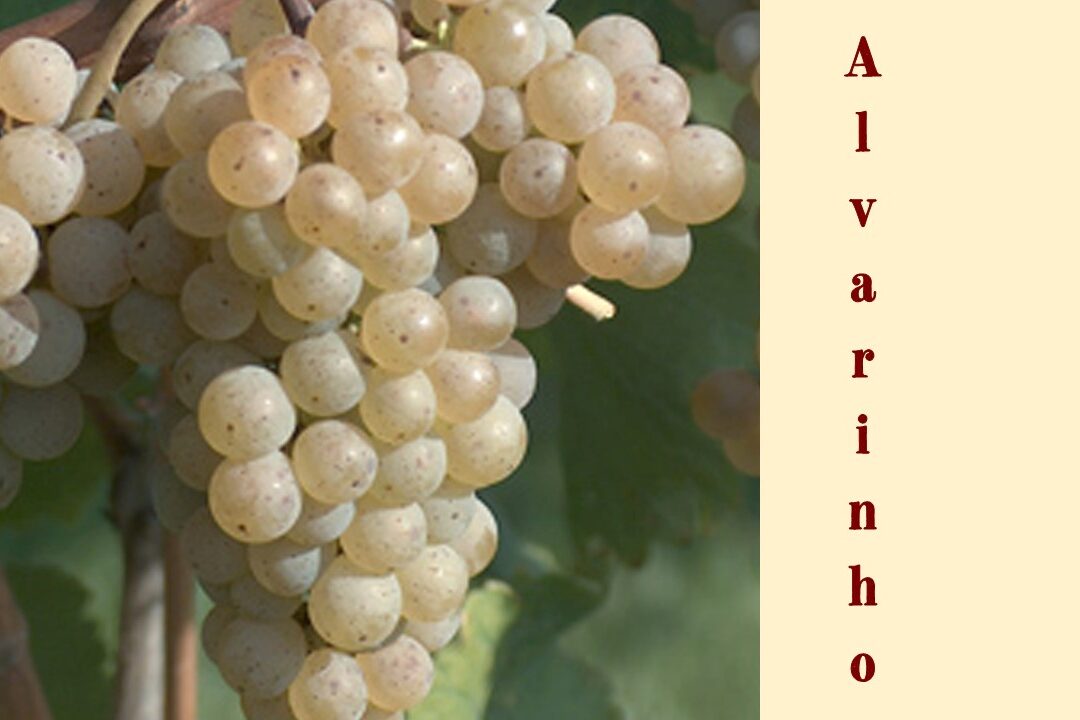 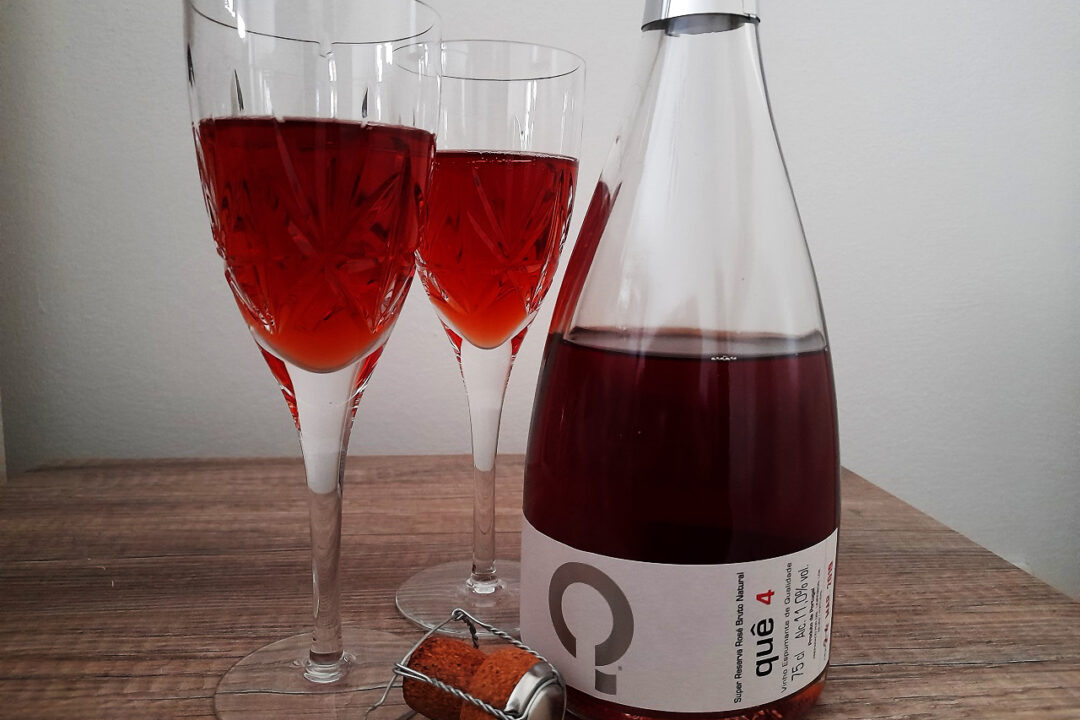