Arinto or Arinto de Bucelas is a white Portuguese wine grape planted primarily in the Tejo and Vinho Verde regions – though with higher eminence in the Bucelas subregion of Lisboa DOC, where it is considered as the “queen of white grapes”.

It is a versatile variety, being recognized by the name Pedernã in the Vinho Verde region.

It can produce high acid wines with lemon notes.

According to a non-verifiable hypothesis, the vine was imported to Portugal by German crusaders from the Rhine region in the Middle Ages. The variety was first mentioned in 1712 under the name Arinto by the Portuguese wine author Vicêncio Alarte’s work, which is considered the first treatise on this subject.

Arinto (or Pedernã) is one of Portugal’s oldest indigenous varieties, grown in the hot wine regions surrounding Lisbon on the central coast of Portugal. The variety’s naturally high acid content makes it well suited to this region.

Arinto forms the majority of the local white wine blend, in which it is generally complemented by small components of various other local varieties. Arinto is also grown in Vinho Verde, Tejo, Bairrada and Alentejo, and is blended with other varieties like Fernão Pires and Loureiro.

The name Pedernã stands out as an official name for the grape variety in the Vinho Verde region. But other names are feasible, such as Pé de Perdiz Branco, Chapeludo, Cerceal (not to be confused with Cercial), Azal Spanish, Azal Galego and White Spanish.

If a relationship with the Riesling variety was once invoked, DNA tests soon took care of the contradiction of the romantic theory.

However, there is a close relationship also with the variety Trajadura.

It presents large bunches, conical with several wings, compact, medium-length peduncles. It is a relatively discreet variety, with no particular aspirations of exuberance. 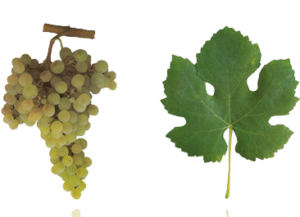 When drinking a glass of Portuguese white wine, it’s difficult to encounter one that doesn’t express the lovely flavors of Arinto, the notes of green apple, lime and lemon.

Primary flavors are lemon zest, grapefruit, hazelnut, beeswax and chamomile. It can also show various stonefruit characteristics and can take on rich peach flavors when aged.

Multiple sub-varieties of Arinto exist, although how distinct they are from the original is often unclear.

The late-ripening variety is extremely resistant to heat and drought but susceptible to botrytis. It produces acidic white wines with a citrus aroma that is somewhat similar to riesling.

The vine is used, among other things, in the Portuguese areas Alentejo, Beira Interior, Bucelas, Carcavelos, the Douro, Tejo, Setúbal, Vinho Verde (under Pedernã) and on the Azores grown.

Arinto – Fernão Pires is the most widely used white wine grape mixtures in Portugal, found in vineyards along the stretch of the country. They are most frequently found as a pair in the vineyards of and Alentejo and Tejo.

Sometimes Muscat is used as a third component in the concoction.

Arinto – Loureiro is the second main mixture of the two most widely used white wine grape varieties in Portugal. Well adjusted, and often in sodality with Trajadura they form the heart of the tangy, crisp white wines of Vinho Verde.

Firm acidity will be the main business card for the Arinto grape variety, guaranteeing the adjectives of “improving” grape varieties in many Portuguese regions. It provides vibrant and lively acidity wines, refreshing and with a strong mineral pending, and a high potential for aging.

Arinto (known as Pedernã in Vinho Verde) holds crisp acidity as one of its key features combined with distinctive minerality, excellent structure and a velvety feel. Its aroma is relatively discreet with green apple and lemon. Arinto yields wines that evolve very well in the bottle, acquiring elegance and complexity.

Throughout Portugal, winemakers love using Arinto as a blending grape; but in the northern region of the Minho, Arinto shines as a monovarietal Vinho Verde, along with being blended with popular Vinho Verde grapes Alvarinho and Loureiro.

Arinto’s common blending partners can vary depending on the region. The regions are also beginning to incorporate an international favorite, Chardonnay, into the mix as the popularity for fuller-bodied, age-worthy whites has grown tremendously in recent years.

Whether it’s used in blends, or standing proud on its own, Arinto provides a nice balance of acidity and fruit, with both citrus and tropical aromas and flavors that central regions winemakers love. Arinto is by far the clever chameleon of Portuguese wine.

In the south, in the Algarve region, Cabrita is one of the first producers to make an Arinto varietal. Their 2015 Vintage wine is a very interesting wine, fermented on the lees with battonage, 75% in steel and 25% in new French oak.  On the nose, there are expressive white fruit and lemony notes, with no trace of the oak. In the mouth, the wine is full and flavorsome with good acidity and a bone-dry finish.

Arinto is often used in the production of blended wines and also sparkling wine.

Arinto has crunchy youthful acidity that allows it to be paired with dressed salads, marinated antipasti, and simply prepared seafood such as crab and lobster. A perfect wine to pair up with grilled fish fillets or vegetables. Arinto’s inherent minerality and crisp bite bring out the delicate smokier elements while allowing the core flavors to shine.

Arinto is the perfect wine to take out on a warm day’s picnic.

Arinto makes an excellent pairing with richer seafood including Portugal’s famous bacalhau (salt codfish) due to its high acidity and lemon-zest like flavors.

Do you want to try it?

Arinto – Bical 2016 by Quinta do Ortigão 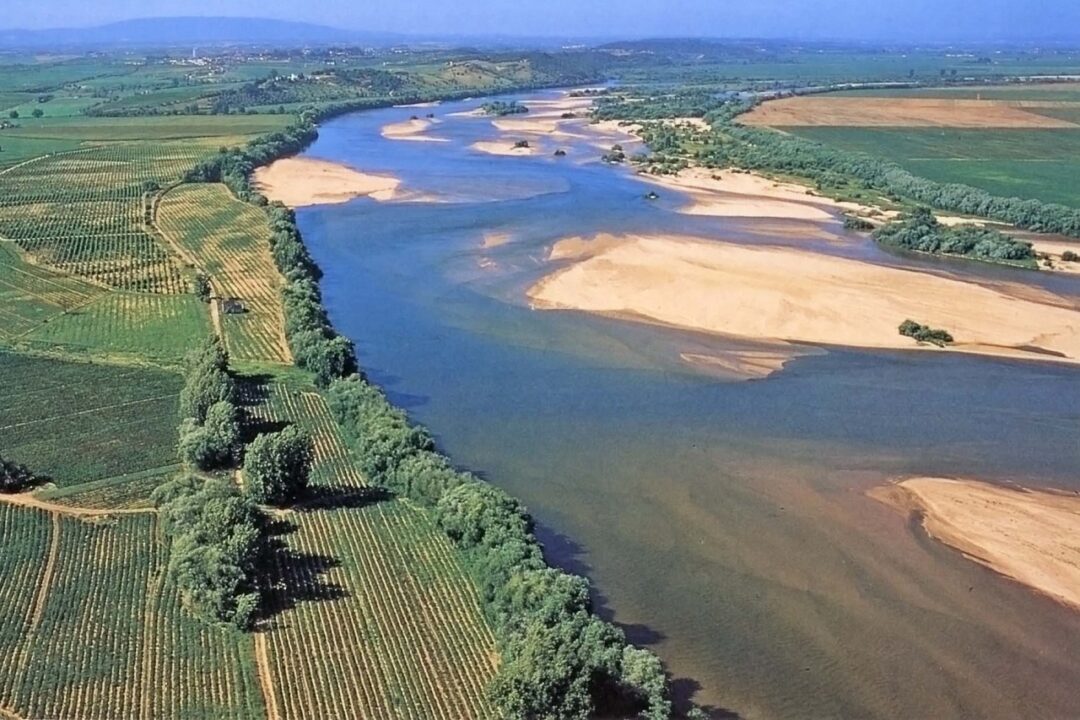 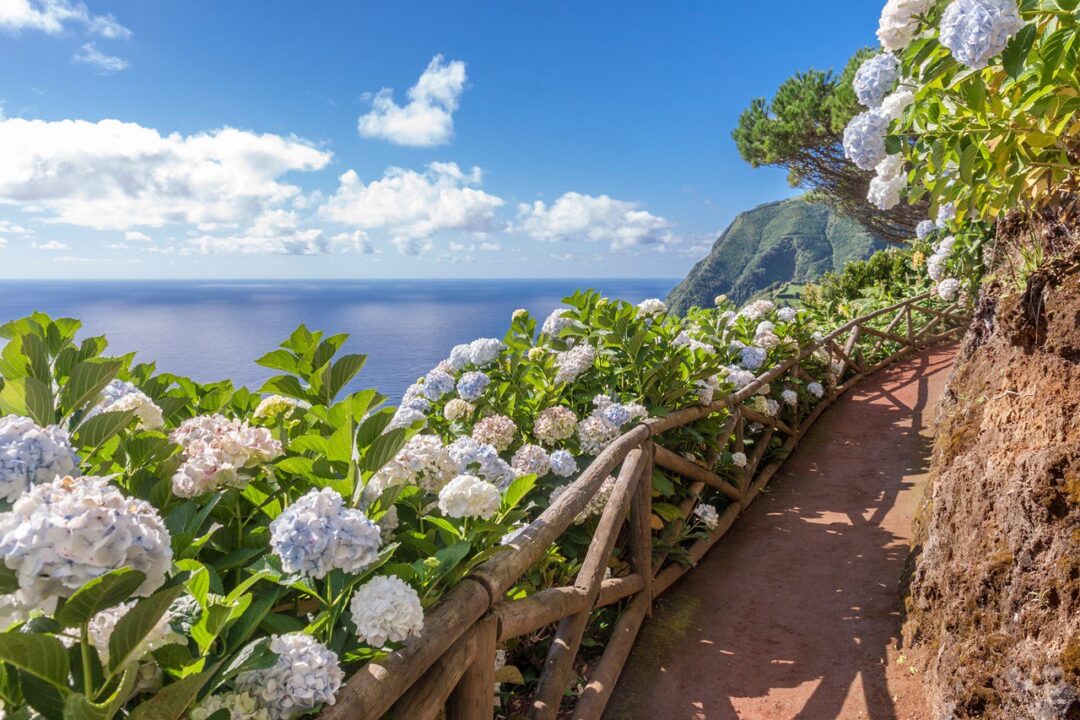 Protected: Azores – the Islands of Wine