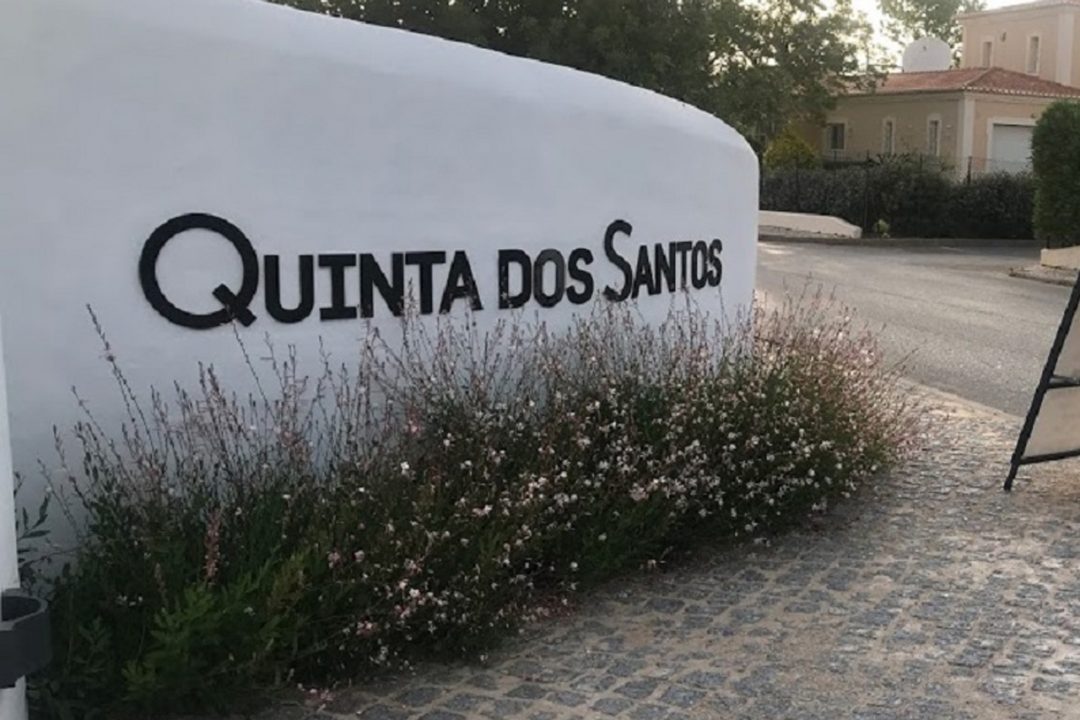 Last week I decided to visit a small winery that has earned itself a reputation for the high-quality craft beers that are brewed onsite but, as a wine expert, I was mostly interested in their wines.

David, my guide, showed me the Quinta with great enthusiasm, the cellar, and also the wines they were still in the making, in vats, barrels and talhas.

Based in the Algarve, Portugal, Quinta dos Santos is a wine farm with a winery and cellar, a craft brewery, a trendy restaurant and accommodation. An impressive family venture, all held together by an unwavering philosophy:

The Quinta was conceived in 2016 by the dos Santos family when they purchased land in the Algarve as South African residents because they had a lifelong dream, to live on a wine farm. This led to the project to creating this winery in South African style, in addition to a craft beer production. The venture became a family affair, all the family member have their special place in the business. 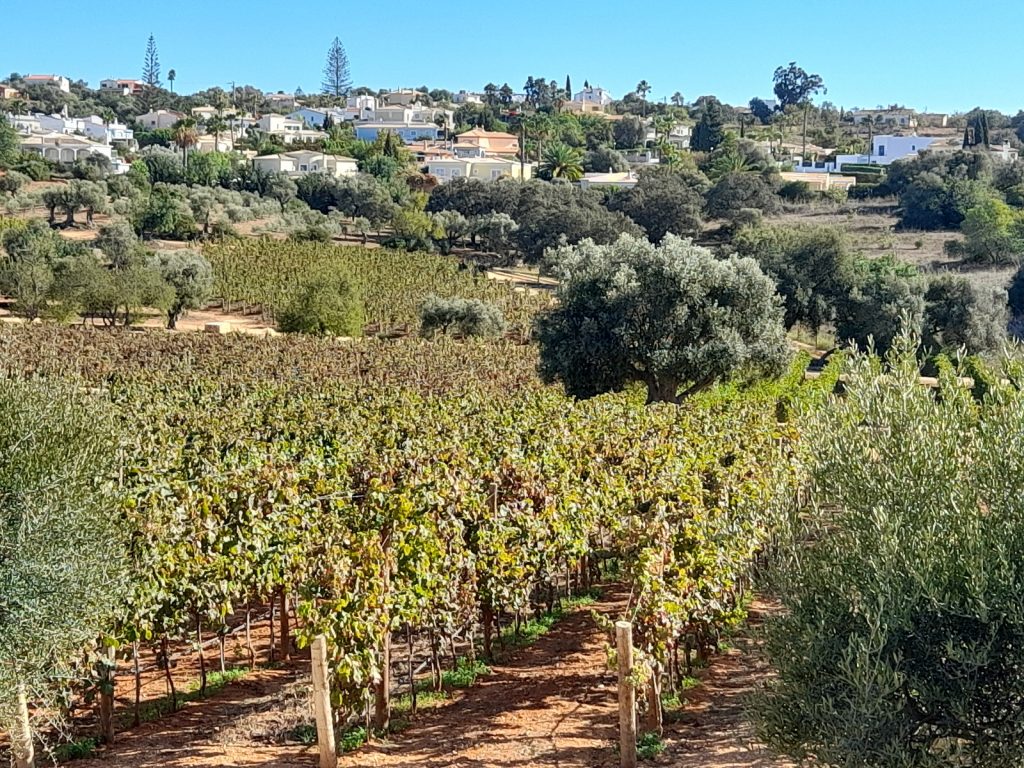 Measuring eight hectares in total, the farm has three hectares under vine and one hectare of new olives, almond, carob, and age-old olive trees.

Situated a mere 2,3kms from the Atlantic Ocean their soils are mainly clay-limestone with a small parcel composed of alluvial soil. Lying within a region that enjoys a magnificent climate of more than 300 days of sunshine and low rainfall, they have all the conditions to create wines of high quality, structure and freshness.

The soil and the climate serve these grapes well.

The owners built a winery with all the production tools such as stainless steel vats, barrels, talhas, and also lagares with which the owners allow us to take part in the wine production every year by crushing the grapes by feet. 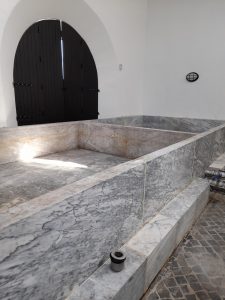 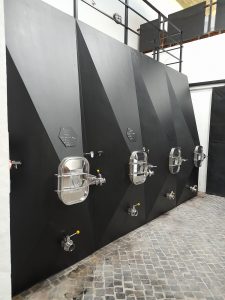 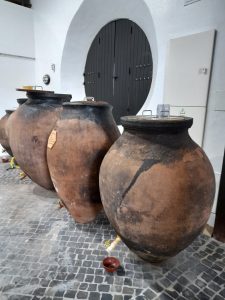 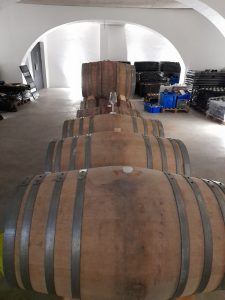 Their first wine brand received the name ‘Tesouro’, which means ‘Treasure’ in English because their aim was to produce outstanding Algarvian wine – a ‘treasured wine’. 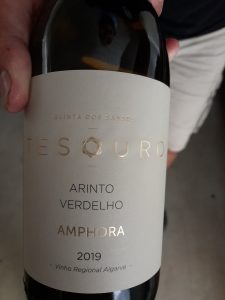 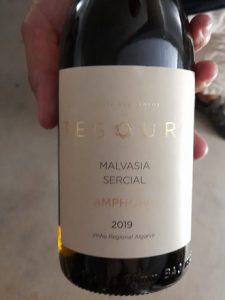 Until this production was made available, they established a second brand named ‘Escolhido’ which means ‘Chosen’ in English. This name suggests that these wines come from very carefully selected grapes from other producers in the region. 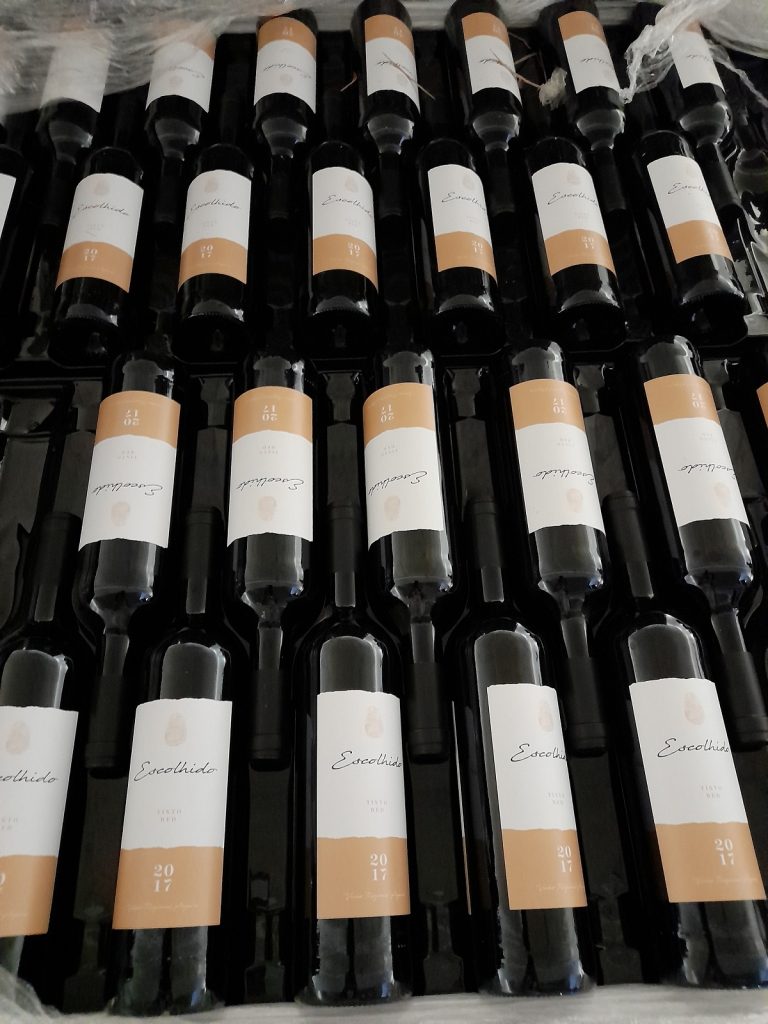 Meanwhile, the premium Tesouro wine from their own grapes has already been bottled and its logo is a hexagon, which represents a stylized gem.

The winery has a selection of red, white and rose wines, amphora wines, and also Blanc de Noir sparkling wines manufactured by traditional method. Their plan is to grow production to 35,000 bottles annually. 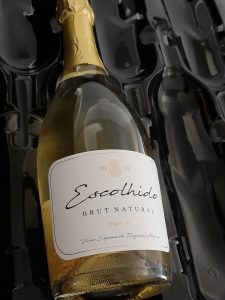 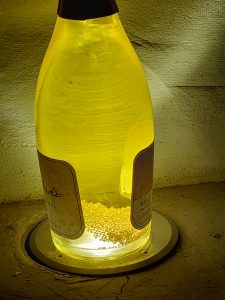 By the way, the craft brewery production is led by the youngest son, who trained to become a master brewer in Cape Town. The beer is freshly brewed using only four core ingredients of water, hops, yeast and malted barley and no preservatives. It is produced year-round under the dos Santos brand.

Quinta’s architecture is specifically based on the old Portuguese building style. The Moorish influence in Portugal from centuries ago is re-created in the large arches, thick walls and palm trees. In the center courtyard stands a beautiful 200-year-old olive tree. 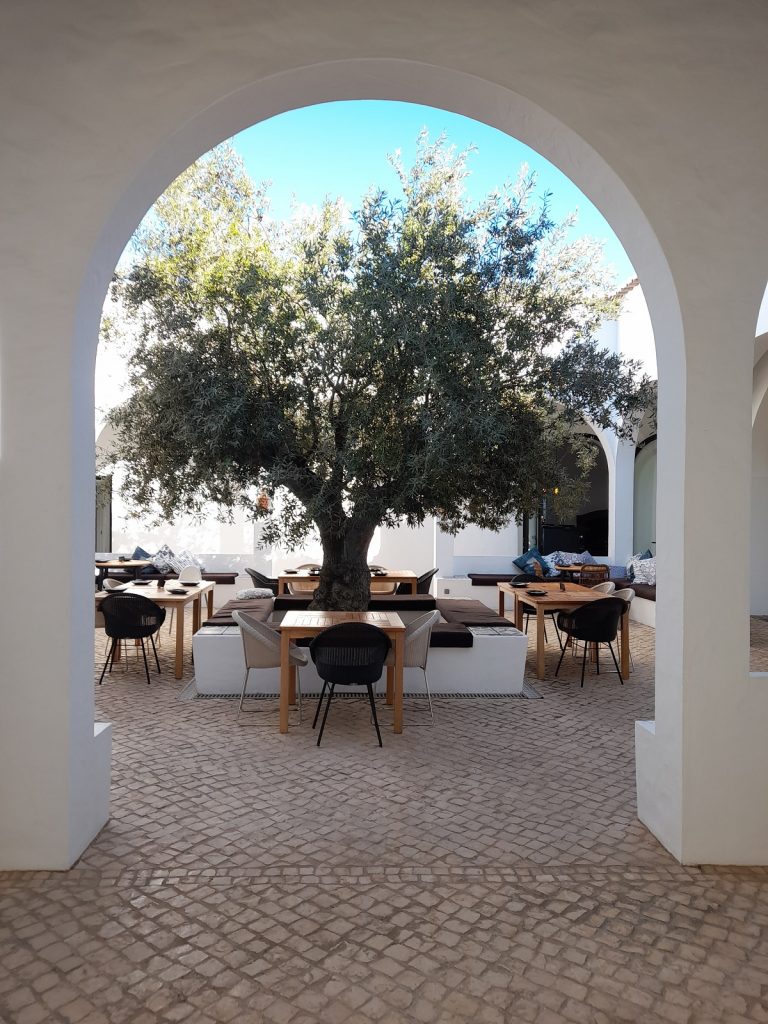 In their tasting room, they introduce their own drinks to the public, accompanied by delicious tapas dishes. Their aim is to offer to their visitors the produce from their winery, brewery and farm.

This vineyard is a beautiful gem in the Algarve with excellent wines. Make sure you include a visit to Quinta dos Santos when you visit the Algarve. 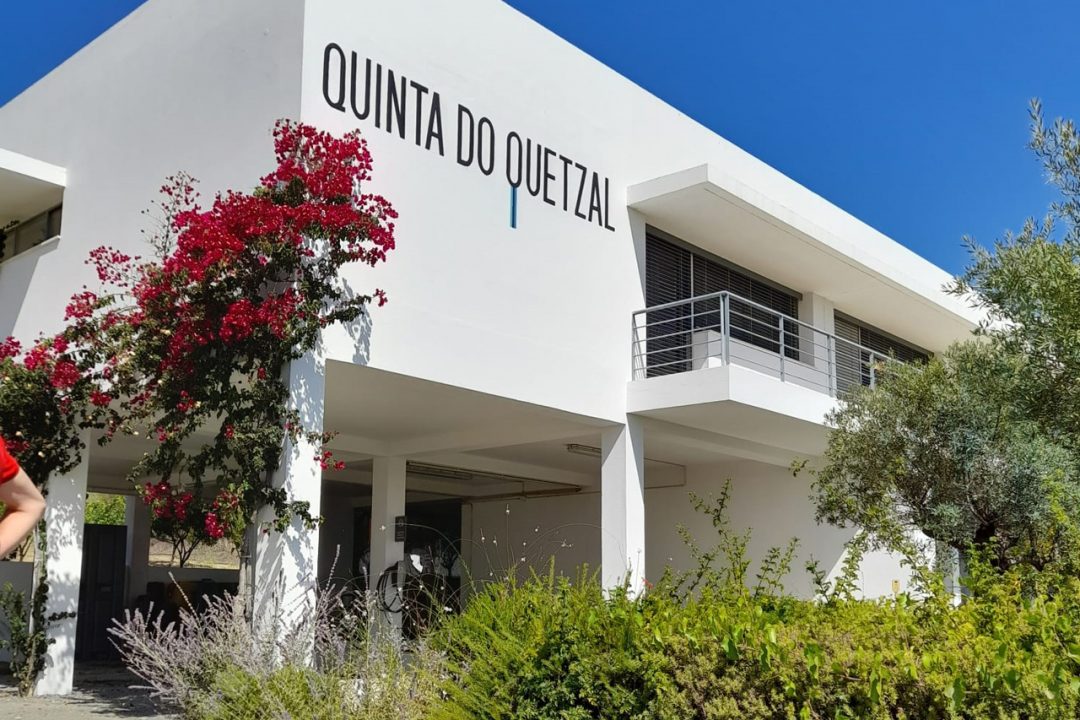 Quinta do Quetzal in Alentejo 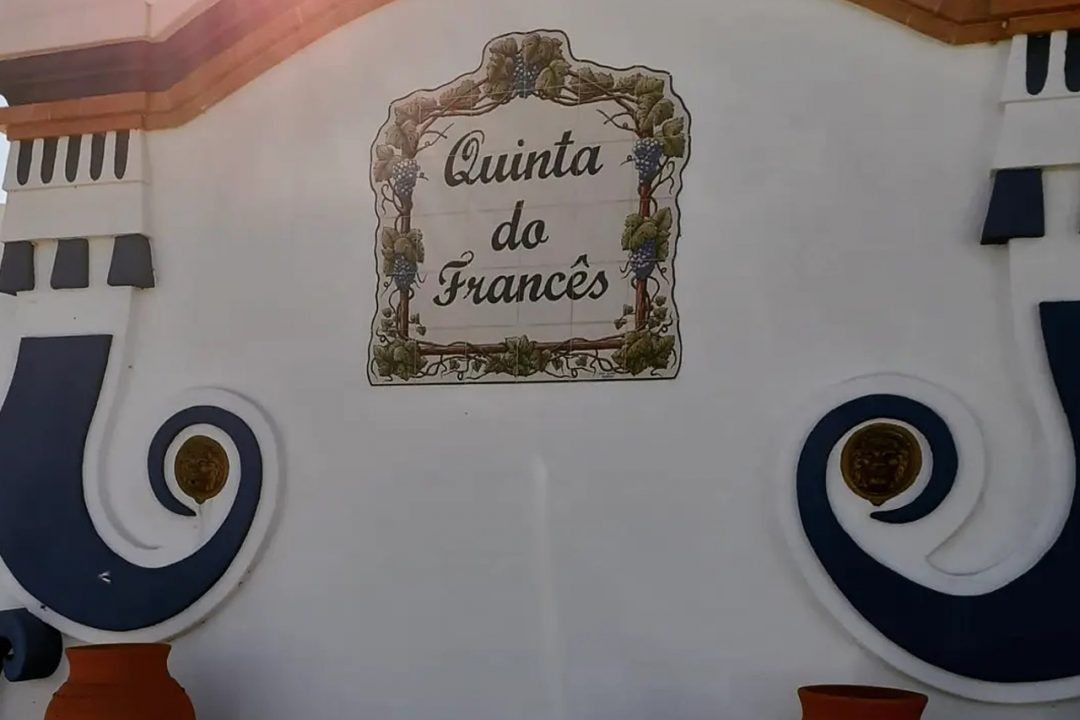 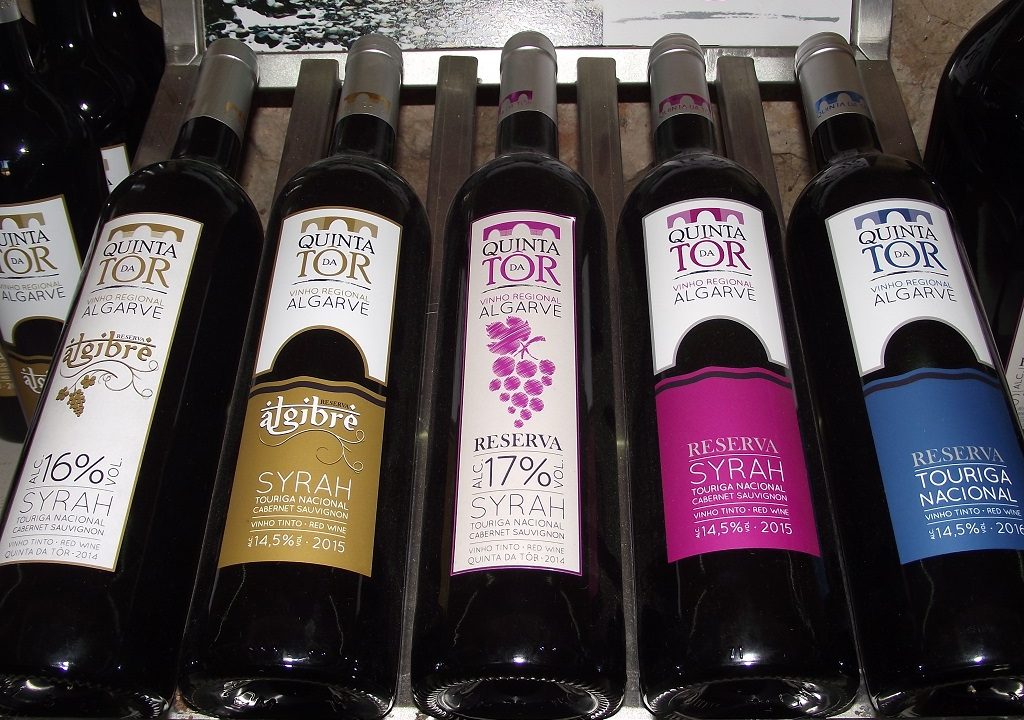