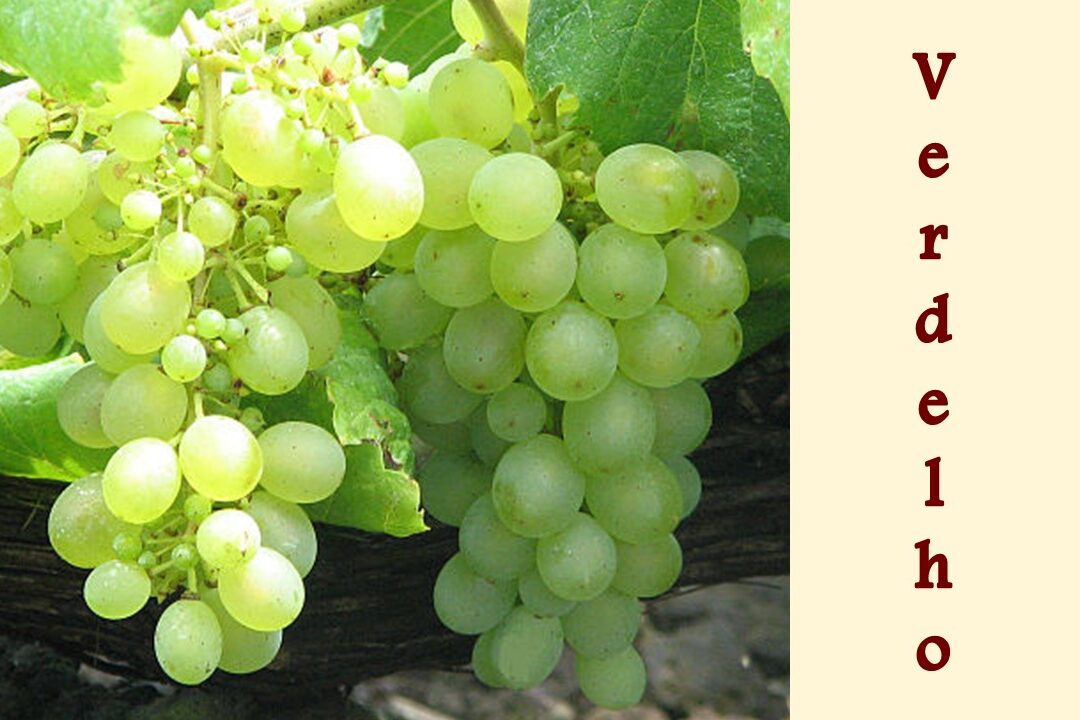 Although, interestingly, it was only at the beginning of the last century that it was elevated to the status of a noble grape variety.

Verdelho was first planted in Madeira in the 15th century, despite being badly affected by a number of plagues and pests, its popularity lives on. Before the phylloxera outbreak on the island, it occupied more than two-thirds of the total area of vines on the island of Madeira. After the time of the phylloxera, its cultivation decreased on the island, however, it is still used today in the production of table and fortified wines. It blooms on the north coast of the island, at high altitudes, offering grapes with remarkable acidity and reasonable sugar.

Verdelho is also grown in the Azores islands.

At the end of the 20th century, it was one of the most cultivated varieties in Madeira.

Now, any Verdelho from Madeira needs to contain at least 85% of the grape. Although Verdelho makes delicious wine in itself, it is one of the permitted grapes for Port production.

Verdelho is a white grape, being medium-dry, tasting somewhere between Sercial and Bual.

There are records suggesting that at the beginning of the 15th century, when the Portuguese discovered the Atlantic islands, King Afonso V asked his uncle Henrique, the Navigator, to bring the best grape varieties from Crete, the Greek island. These varieties were planted on the island of Madeira. Over time, these grape varieties migrated to the islands of the Azores.

But, according to other records, however, the Verdelho could have been imported into the Azores since the 15th century from Cyprus or Sicily. In fact, one of the oldest records referring to the Verdelho variety cultivated in the Azores mentions plantations in Terceira Island and was written between the years 1522 and 1591. Historical data explains that around 1820 Verdelho was also the most used variety in the Azores.

Before the arrival of phylloxera in Madeira, in 1872, Verdelho represented approximately two-thirds of the vineyards of Madeira.

Today is the white variety with the largest area (47 hectares) in Madeira.

In Portugal, the grape also grows in the Douro river valley. In addition, it is scientifically proved that Verdelho is a different variety from the Spanish Verdejo and the Portuguese Gouveio, which, in the continent, in many cases is still confused with Verdelho. In Portuguese wine legislation, it was poorly classified, appearing as a synonym for Gouveio in some areas, a mistake that has since been corrected.

Portuguese Verdelho stands out for its high sugar content in grapes, which is particularly noticeable in the warmer climate of Madeira. The variety is grown on the south side of Madeira island.

This grape also used in the manufacture of white port wine and it is one of the minor components of some Dão wine.

There also is a red variety of Verdelho, the Verdelho Tinto.

It was the most planted grape variety there in the 19th Century but has since lost ground to the more reliable Tinta Negra Mole.

Grown throughout Portugal, Verdelho is a white grape mainly known to produce crisp, dry white wines, and achieves a much higher level of sugar content than it typically produces in Madeira.

The Verdelho grape has small, compact bunches composed of small yellowish-green berries. The grapes are larger than Sercial and are good table grapes offering a mild wine with a slightly nutty flavor, becoming drier as it matures. The vine is very hardy but relatively high and difficult to cultivate. The leaves are of medium size with small hairs on both surfaces. 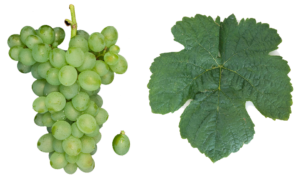 This variety requires deep soils with some degree of moisture. It has low yields per ha and early ripening. Grapes are normally picked by the end of September, and produce gold-colored medium-dry elegant wines which have a tropical and exotic character.

Verdelho is usually produced as a varietal wine but it is also common to blend it with Chardonnay or Sémillon.

In Madeira, Verdelho was historically used to make an oxidized white wine, although the introduction of phylloxera in the 1860s had a devastating effect on the island’s wine industry. A lot of the Verdelho vineyards were replaced with Tinta Negra Mole, although Verdelho fared better than many of Madeira’s other historical grape varieties. However, wines made from Tinta Negra Mole were still labeled as Madeira Verdelho until 1993, when legislation was introduced stipulating that any wines stating a grape variety on the label must contain at least 85 percent of that variety. This has considerably reduced the number of Madeira Verdelho wines in the market.

Verdelho is the main ingredient of a medium dry light wine called “Rainwater”. The color of Verdelho is about the same as Sercial, sometimes a little darker. It does not have the same acidity of Sercial but displays a more rounded taste. The nose has dried fruits and honey that are also evident on the palate and sometimes there are a little coffee and chocolate.

This type of wine has a delicately bitter, nutty taste. Even when aged, it retains a piquant acidity, the golden yellow color developing from golden yellow to a darker tone.

The aromatic profile of Verdelho is crisp, sometimes with leafy or spicy accents. It typically makes rich wine in the Old World, with ripe apricot and stonefruit aromas, while in Australia it is more reminiscent of citrus and tropical fruits.

Until just over a decade ago Verdelho and Verdejo were considered the same variety in Portuguese territory. Only through genetic analysis was it possible to prove that this presumption was incorrect.

First of all, let’s discuss what Verdelho and Verdejo have in common. The names sound almost identical. Both are white grape varieties, early-ripening, and low-yielding with small, compact bunches. They are both capable of producing richly-flavored, medium-to-full-bodied white wines and are used in both dry wines and sweet wines, as well as fortified and un-fortified styles.  Both are medium-to-high in acidity.

As for their differences: they are two different grapes, despite their same-sounding names. Verdejo is grown mainly in Spain, while Verdelho is primarily Portugal. Verdejo is the super-star grape of the dry, unfortified wines of the Rueda DO, and Verdelho is mainly known for off-dry, fortified Madeira–a product of Portugal.

The Verdejo grape variety (named for Verde, after the greenish color of the grape berries) is thought to be native to the Castilla y León area of north-central Spain, and may even be native to its modern-day epicenter of Rueda. Verdejo is one of the most widely planted white grape varieties in Spain (number five among white grape varieties, according to Wine Grapes) and accounts for a significant portion of the grape plantings in Castilla y León, Castilla-La Mancha and Extremadura.

The Verdejo variety shows vigor between medium and high, is distinguished by ovoid berries and bunches larger than Verdelho resulting in a higher level of production.

Verdejo is sensitive to the vine, especially when conditions at the time of ripening are not very favorable. In terms of sensitivity to disease, it is very susceptible to mildew, which tends to attack the bunch after revenge, and is sensitive to powdery mildew.

White wines produced under the Rueda DO must be a minimum of 50% Verdejo. They are sometimes 100% Verdejo, while other times they are blended with a portion of Sauvignon Blanc (Viura and Malvasia are also allowed). The Rueda DO also allows for varietally-labeled Verdejo and Sauvignon Blanc (with the requisite minimum 85% proportion). Dry white wines produced using the Verdejo grape tend to highly aromatic with aromas of citrus, melon, fresh herbs, and fennel. These wines typically have medium to high levels of acidity, a high level of extract, and a touch of the bitterness of the finish often described as “bitter almond.”

Verdelho is undoubtedly best-known for its role in the fortified wines of Madeira. Madeira labeled with the term Verdelho is typically medium-dry. Verdelho is also used to produce (unfortified) dry white table wine on the island of Madeira under the Madeirense DOC; it is one of over a dozen white varieties allowed in the DOC’s white (branco) version. In addition, it is an authorized variety in the three DOCs of the Azores Islands (Pico, Graciosa, and Biscoitos) and allowed in a smattering of other Portuguese DOCs including Setúbal, Bairrada, Dão, and Palmela.

Small amounts of Verdelho are grown in other pockets of the world, including France, California, Australia (where it is sometimes used to produce a Verdelho-Semillon blend, and sometimes even Chardonnay-Verdelho-Semillon), and New Zealand. 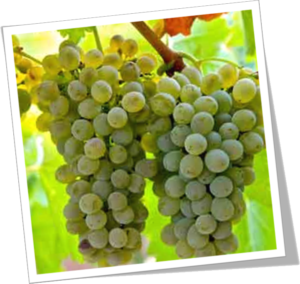 The Verdelho sprouts in the medium term and is, therefore, susceptible to spring frost. It ripens early. It exhibits medium-sized oval berries, thick skin and relatively small bunches of medium weight and moderately compact. The yield is regular and not excessive. Verdelho prefers deeper soil with a certain degree of humidity. For this reason, it adapts well to the maritime climate and is more resistant to disease, although it is susceptible to powdery mildew.

There does seem to be a bit of a divide between the Verdelho-wine styles of the Old World (more subtle, herbal, and grape-like) and New World (more tropical fruit, stone fruit, and fuller-bodied).

You don’t have to pair Verdelho wine with food, you can easily kick back and relax in the garden with a bottle and nothing else.

However, due to its character and fruity nature, it also pairs favorably with white fish, white meat and Asian cuisine.

Pair it with tiger prawns with a little chile and lime, smoked ham or fish tacos, for example. These flavors would perfectly complement each other to bring out the best in both. 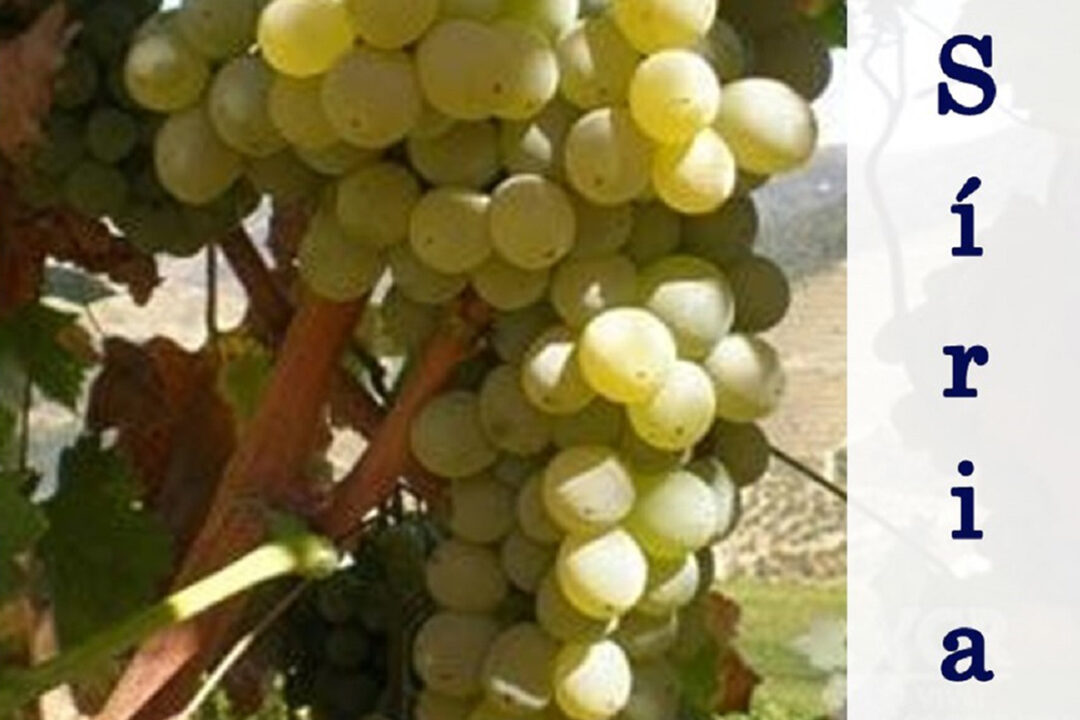 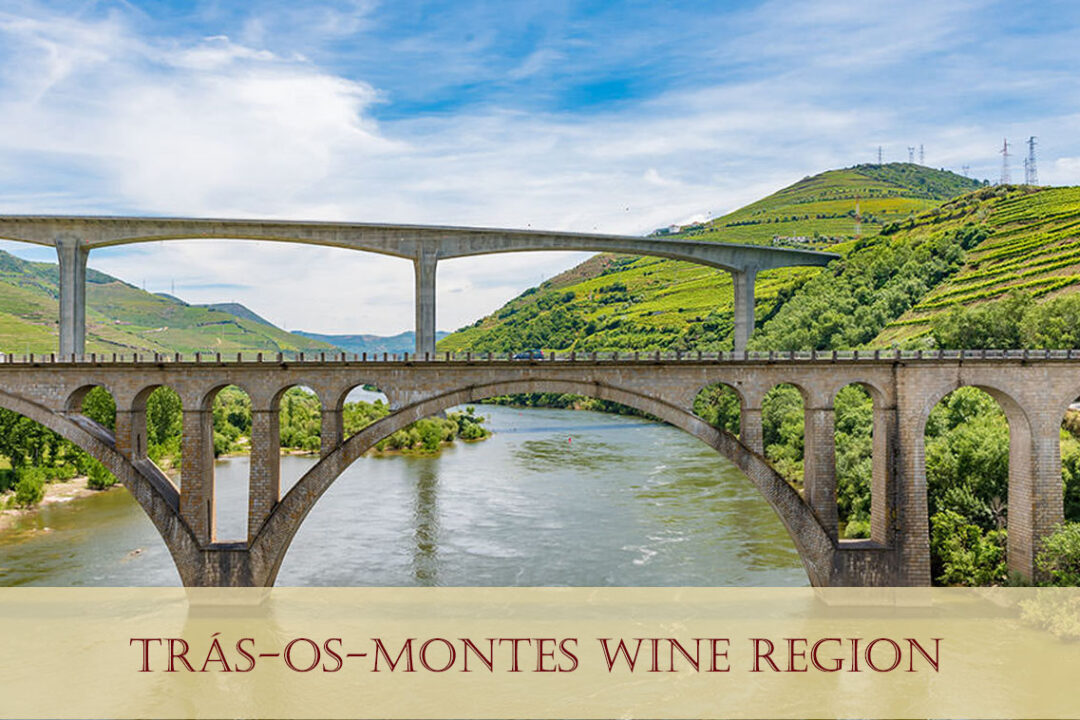